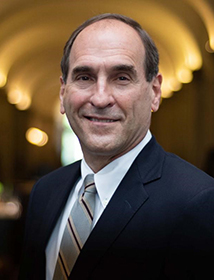 Robert M. Kerr was confirmed as director of the South Carolina Department of Health and Human Services (DHHS) in April of 2021. Kerr previously worked for the agency for 22 years and served as director of DHHS from 2003 – 2007.

During Kerr’s four-year tenure as agency head, DHHS dramatically reduced program inflation while enhancing services to both beneficiaries and Medicaid providers. Under his leadership, DHHS was nationally recognized as a model for innovative healthcare reform. South Carolina embraced market-based solutions and enhanced beneficiary choice, while the Healthy Connections Medicaid reform plan served as a blueprint for achieving better overall health outcomes and increasing return on the state’s healthcare investment.

After retiring from DHHS in 2007, Kerr owned and operated a consulting firm, Kerr & Company, Inc.. He is a 1981 graduate of the University of South Carolina.