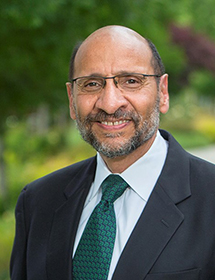 John R. Lumpkin, MD, MPH is President of the Blue Cross and Blue Shield of North Carolina Foundation since April 2019 and Vice President, Drivers of Health Strategy for Blue Cross and Blue Shield of North Carolina. He also currently serves on the board of directors of the Foundation for Food & Agriculture Research and as chair of Digital Bridge, a multi-sector forum to collaborate on solutions for a nationally consistent and sustainable approach to using electronic health data for public Health. Most recently, John served as Senior Vice President, Programs for the Robert Wood Johnson Foundation (RWJF) Before joining RWJF in 2003, he served as director of the Illinois Department of Public Health for 12 years.

John is a member of the National Academy of Medicine and a fellow of the American Academy of Nursing, American College of Emergency Physicians, and the American College of Medical Informatics. Among his previous leadership positions, he is past chairman of the board of the Robert Wood Johnson University Hospital, as well as past chairman of the National Committee on Vital and Health Statistics.

His many distinctions and honors include the Arthur McCormack Excellence and Dedication in Public Health Award from the Association of State and Territorial Health Officials, as well as the Jonas Salk Health Leadership Award. He earned his MD and BMS degrees from Northwestern University Medical School and his MPH from the University of Illinois School of Public Health. He was also the first African-American trained in emergency medicine in the country after completing his residency at the University of Chicago.